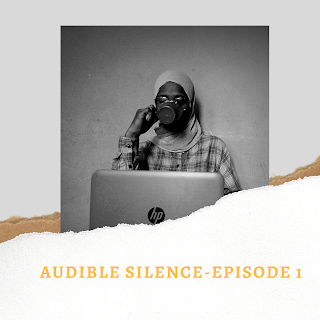 “…, Miss Keke, the uncertainty of tomorrow leaves one in a black hole of emotion. Besides, tomorrow should be the last thing on your mind during this period. Just focus on making every day count.”

The room around me shrank—his too white office suddenly turned to a photographic darkroom and the only thing I could see was his visual spillage of words. He had said a couple of things since I arrived but his words fell like the wall of Jericho and most of them settled in my belly. I watched the movement of his mouth as he spoke, but I couldn’t hear a sound. The well of tears that has built up in my eye made everything around me so blurry and the sharp pain felt like a bee at work in my visual home. I suddenly went blank.
Sound, ugly and hurt, moaned from my throat. In my twenty-sixth entirety, I never knew one could gasp for words even at the willingness to talk.

I looked into his eye—housed in a double lens spectacle.  “I do hope… for a better tomorrow.” my voice surprised me. His lips suddenly turned to a flat shape as he let out a faint smile. That was all I saw before I stormed out of his too white, rather dark office. Damn him! Damn his smile!

I’ve always been scared of the next sunrise after the sun sets each day since the moment my dad drifted away into a deep sleep and never woke up. It’s been 6 years since he left but his last ‘goodnight’ still echoes in my head and the last thing I would ever want to hear is a ‘goodnight’ every night.
I am probably the happiest depressed person you would ever meet, full of life and energy but, ironically I’m a living corpse. Maybe if you walked in my shoes you would understand my journey.
The sky used to be my greatest muse, I remember always hoping to touch the sky every night—until it lost its ring of diplomacy. The stars used to amaze me until I wished consecutively but none came to pass. I do not wish to let my muse off the hook of its brilliance but a deity that wouldn’t support you should rather leave you the way you are.

My little room is just as messy as my state of mind right now. The sparkles of tears that have welled up in my sockets made the room blurry but I could still catch a glimpse of Madam Coker’s piece of clothing on my sewing machine. That woman might end up killing me if her cloth isn’t ready by next Saturday—maybe that would be a faster way to die—but she wouldn’t see the end of it from Mama Keke, Maruwa and  Kara. The thought of the three most amazing people gave way for a flat smile.

Mama Keke, obviously the best Mum in the world—we all say that about our Mums, poor old lines. But this is actually not a line; it is just the first thing that comes to my mind when I think of my Mum, then the overflow of drama is the next thing, I still wonder why she never went to an acting school.
Maruwa and Kara—the sisters my Mum never conceived. I must have done something right to please God when I won these sweet ladies as giveaway gifts. I could still remember the day Maruwa got married to the man of her dreams, and Kara had to relocate after her fiance’s death, I thought I wouldn’t survive the aura of their absence but, we never cease to communicate every day. My bonanza headache yet, my promo of sweetness. It’s been 10 years of great friendship, crazy drama and silly disagreements over every little thing.
“I love them”, I whispered.

‘… and tomorrow should be the last thing on your mind during this period…’
Those are the words I can’t keep off my head since I left his office.

I should be doing something now, right?
Sleep? What if my fate is just like my Dad’s? What if…
Sew Madam Coker’s asoebi cloth? Even Madam Coker should know that tomorrow is not certain, what if next Saturday never comes?
“I’m tired. God! I’m tired!” I barely recognized my own, flat voice. Everything is so strange, even the silence in my room seemed strange; my room is not always this quiet.
When will my MTN mask fall off, because I just can’t deal with the intuition of not carrying one everywhere I go?
I’ll be fine. But, I’m scared.

I can tell you exactly when my happiness and laughter became shallow. I can describe it down to the very moment, as abrupt as… but…

What could be the reason behind Keke’s fear?
What used to be a muse but no longer a priority?
Do you believe in tomorrow despite the uncertainty?

Let’s discuss over a cup of coffee at the comment section! 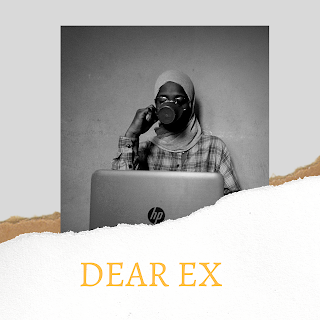 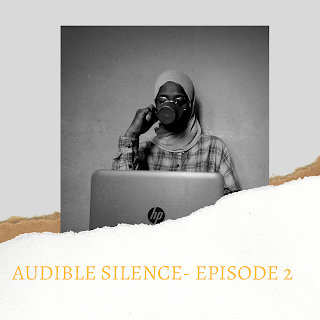